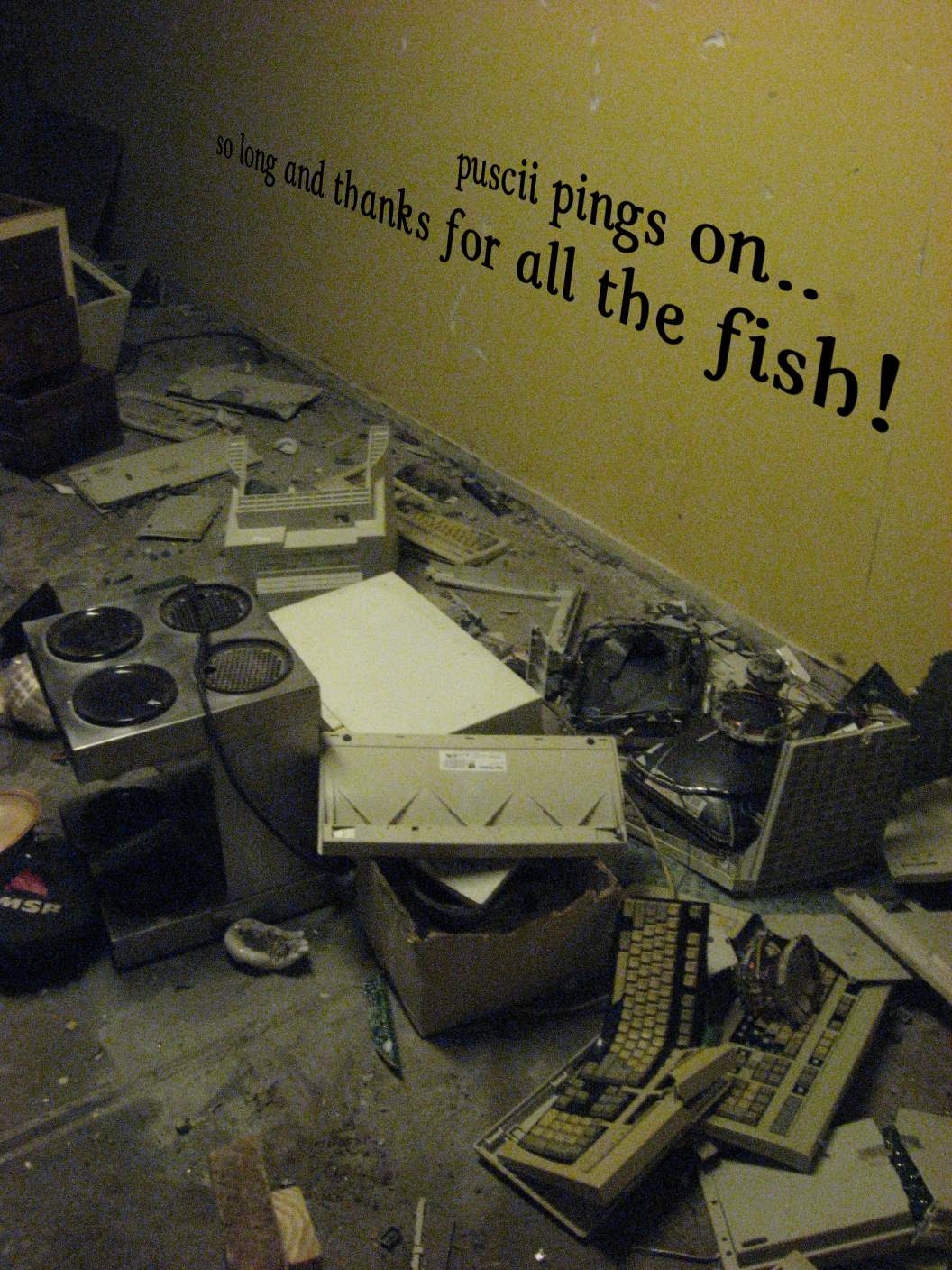 The PUSCII is a small group meeting and centered around Utrecht, which is located in the center of The Netherlands.

The PUSCII started as a group running a public Internet workspace in 1998 from a spare space in their squat in the center of Utrecht. From its founding, the main goal was for helping activists, fellow squatters, and just random people to use all of the then new technologies of the internet, and do so freely - that is, both at no cost, and without censorship.

This served as a completely open social and public space, providing free internet access to anybody who wanted to use it, up until 2005. At this point, we had to leave the squat we had been using, and move to a new location - a new squat, directly next to the Utrecht train station. From there we continued our social function of public internet and we provided space for several hacker workshops (wireless antennae building, etc.) which we shared with equally minded people from a different social project, the "Weggeefwinkel" (Literally: Giveaway shop).

In 2007 disaster struck, and we got evicted again. Several attempts have been made to lay claim on a new building, but none lasted longer then two weeks. Luckily, this did not impede us as a group and the virtual projects as well as ad-hoc irl sessions are still happening.

As our place was mostly a public workplace, the setup was centered around our Web Terminals which were immediately next to the entrance door. The machines themselves were partly mostly diskless Debian machines, combined with a few standalone machines and are free to use by anyone, By the backdoor to the rest of the building, we had a large bar, which served for a small donation coffee and had things like free Debian/Ubuntu/FreeBSD CD's. In the back we had a table for people wanting to make something with some basic soldering equipment as well as a big pile of (sometimes very obscure and old) hardware, part of the recycling project and free for the taking.

Over our history we have done a lot of smaller project, but several which have been running across the years,

When we started out in 1998, the amount of people which visited us often did not have a computer, or even easy access to them, and we found back then, that we could make even very old 386 machines quite usefull with a bit of creative configuration and such, so we started a Hardware Recycling plan, donate us old hardware, and we'll see if we can rebuild the machines, and reconfigure them to do something usefull (or atleast, creative!).

This started all with old 386's and such, and trough the years progressed until we could easilly get Pentium3 class machines, and have a nice fully free software Debian install on them, which for our target groups, was enough to do essentially everything, simple audio, publishing and writing of articles, etc.

It is of interest to note, that our whole place, essentially completely ran on all free donated hardware, from our Internet work terminals, to our in house server, to our soldering equipment, just about everything!

This greatly helped us in running the place, as the only costs we had, where electricity and internet.

Another sideproject initiated from the physical space that was PUSCII was an open-content radio system. With several of the people involved already enthusiastic about making radio, doing Ether and Internet Radio broadcasts at events, and friendships with various pirate radios across the country that didn't manage to fill a 24/7 program, we wanted some sort of indymedia in the realm of audio. The result is still running on http://open-radio.nl and we are now venturing into providing video broadcasts for events!

We initially started webhosting small pages and email boxes for political groups on our puscii.nl domain using a very crusty old Pentium1 with faulty cache memory. Over time this has spawned off, the old Pentium1 machine (may it rest in pieces) burned down and made room for a modern server in an actual datacenter and everything. The aim is still providing free mail and webhosting services to our irl and political friends. In an age of increasing surveillance it aims to provide a safe shelter with fully encrypted harddisks, no access logs and an increasing amount of tunneling and anonymisation hacks.