Entrance of the mama hacklab

Hacklab in Mama is a public working space of technology enthusiasts in the Club Mama. Initiated by the group gathered around the Skill Sharing program, the methodology, atmosphere and philosophy of the gatherings quickly spread from the Skill Sharing gatherings on Saturdays to the rest of the week. A recently introduced gathering format are SIGs, or Special Interest Groups, with topics like programming languages (Perl, Lisp, Python), electronics, GIS, digital politics, hacklab organization etc. 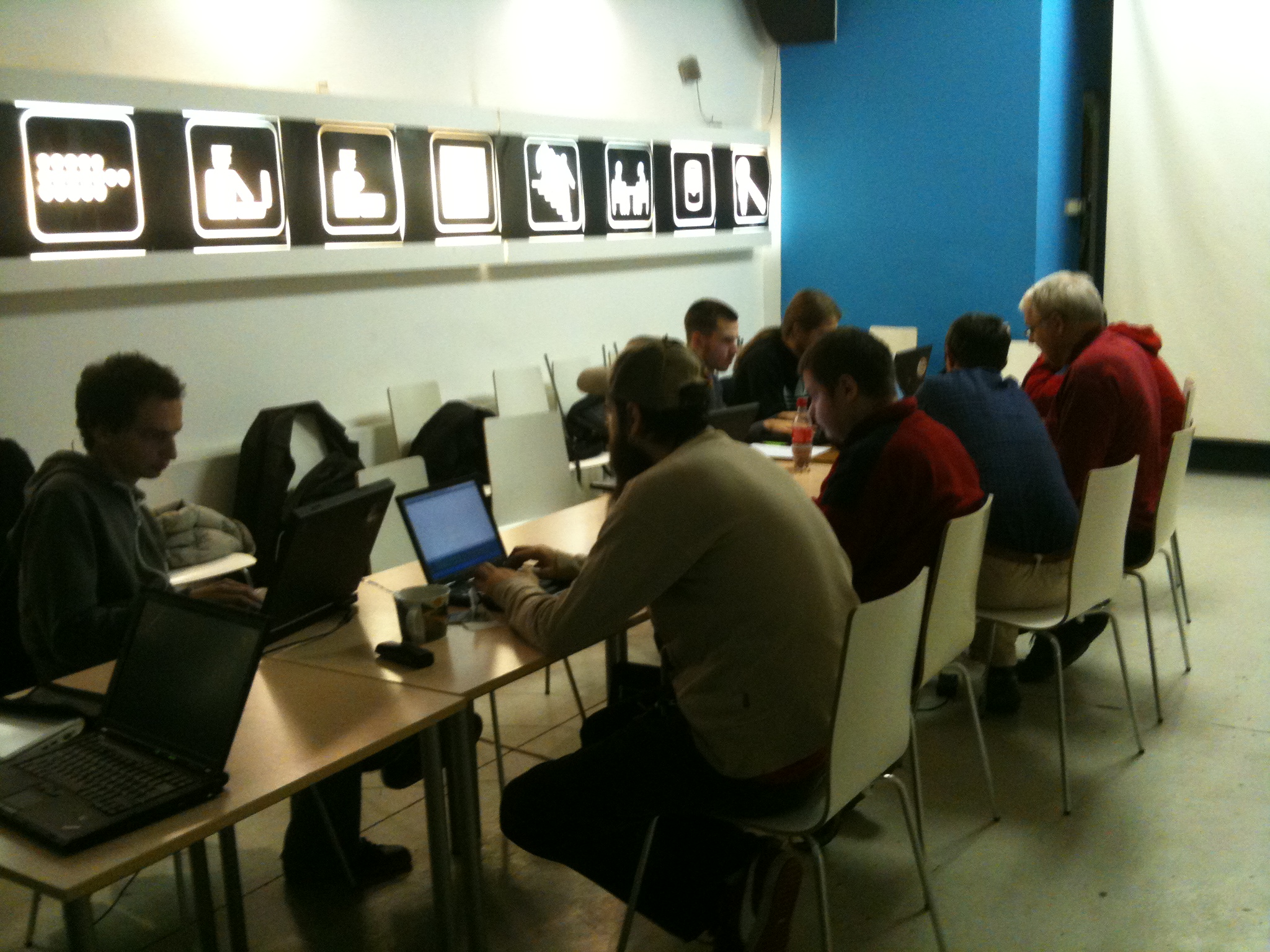 Anyone interested is more than welcome to join the activities. Hacklab in Mama is one of those rare places where a man who just sits around and isn't drinking, eating or communicating is thought to be thinking about something interesting, and there's no rush about a potential conversation about the subject of his thoughts. Some people contemplate for months. Some don't. 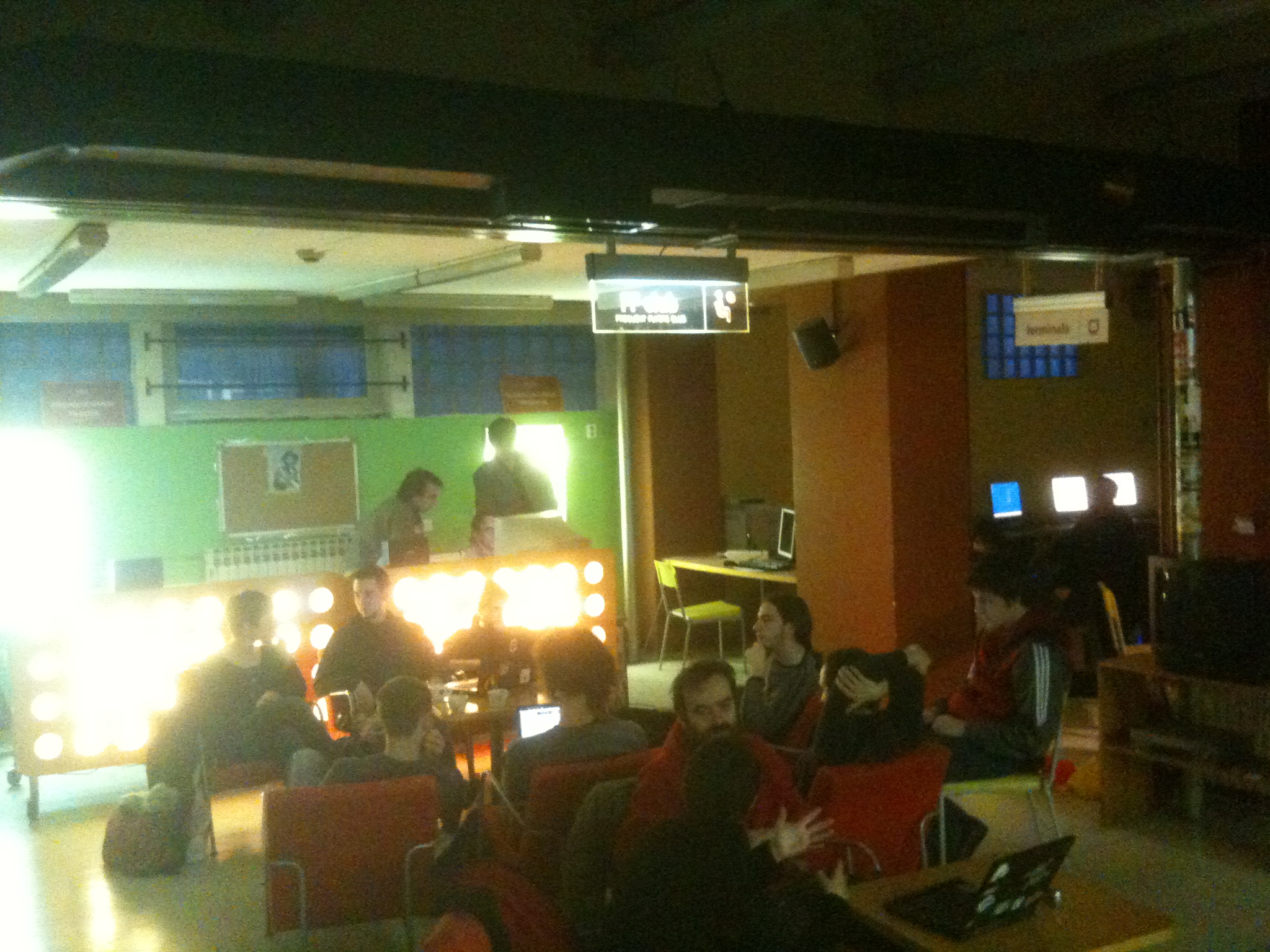 Gatherings which with time become specific and/or regular are often turned into programs. Some of the programs are: Skill Sharing on Saturdays, Hardcore Skill Sharing on Thursdays (HCRC), Lang Gang on Sundays, g33koskop on Tuesdays, as well as some of the projects held outside of the club like Metaloskop, Nothing Will Happen, /Sljeme etc.