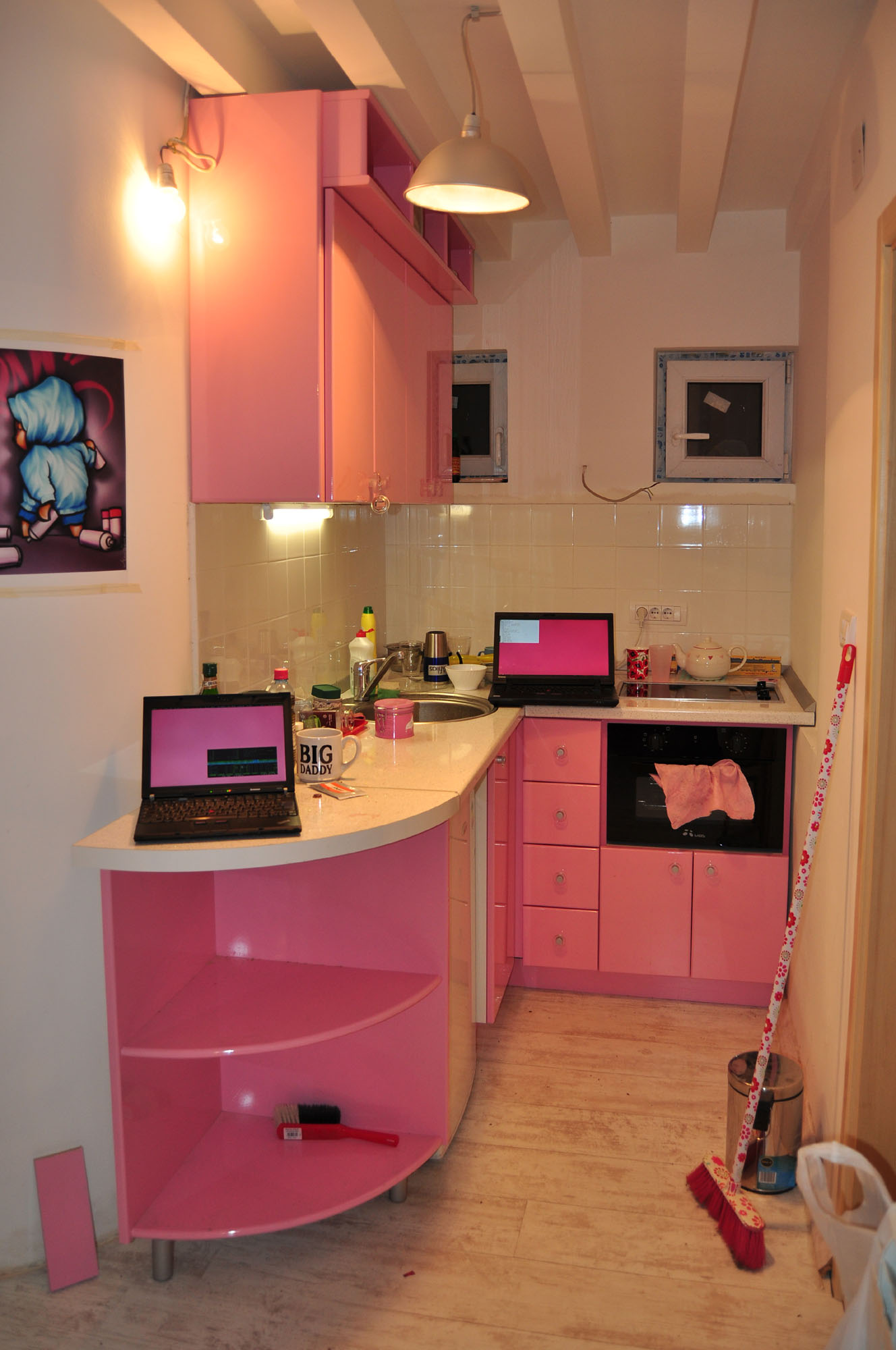 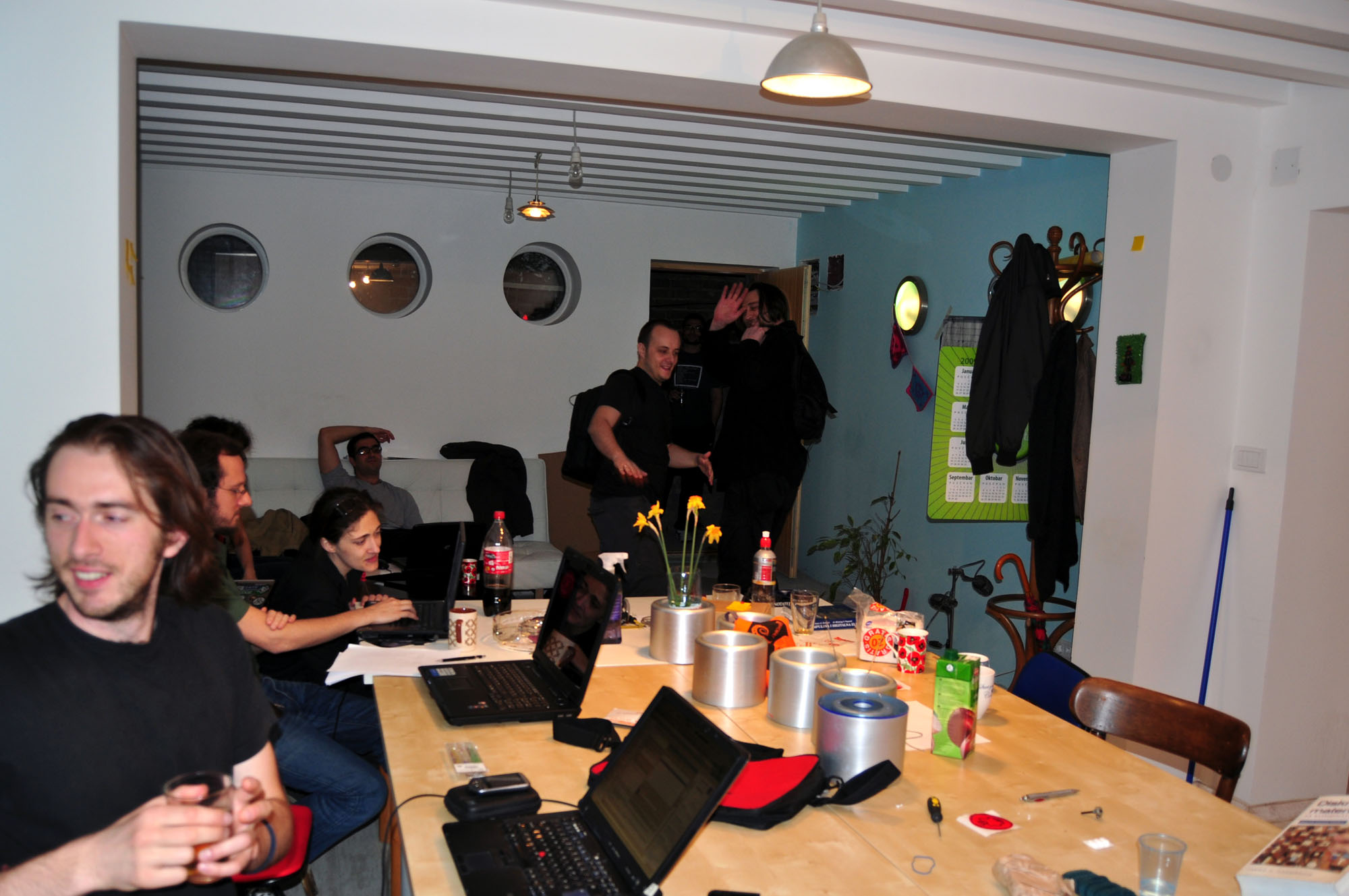 space and time in hacklab belgrade

Hacklab Belgrade is an open creative space for computer and computer program enthusiasts, technology wizards and artists and all people interested in the intersection of technology and arts.

Its remit is wider than that of a community concerned only with computer security, as one may try and derive from the word "hack" in the title.

It is a community space where anyone can bring their project to, be it to write a code or make a robot barman (http://www.youtube.com/watch?v=hDBQVpwcXLs) or design some electronics operated jewellery or other accessories.

It operates as a hub for new ideas and projects, where members meet engage in different activities, such as electronics soldering, robotics, learn how to code, be it drupal and or java, knit and cook.

It operates as a hub for new ideas and projects, where members meet and organise anything from electronics soldering, robotics, training in drupal and java coding to different workshops including soldering, knitting or cooking classes.