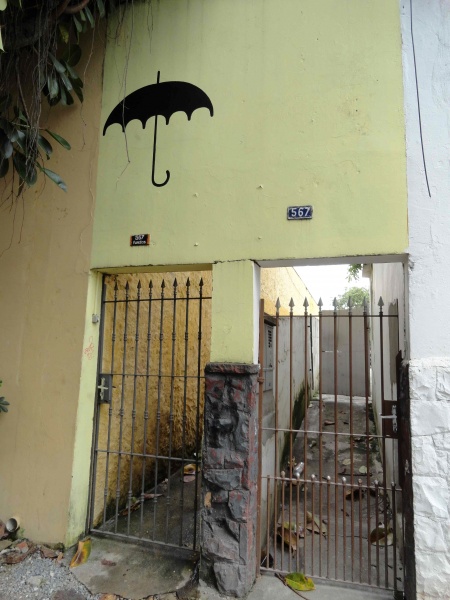 Garoa Hacker Clube is the first Brazilian hackerspace. Being discussed since mid-2009 and built since August 2010, we are currently up and running. Since Nov 18 2010 there is a weekly Arduino night, our longest-running and most popular event. We run other regular activities and our members and visitors run many projects. We have been in a permanent space since September 2010. In February 2013 we relocated to a much larger facility, which is constantly being improved.

Garoa HC is located in Western São Paulo, in a (once) quiet house near Pinheiros subway station (yellow line). Members have the key to the space (which is open to non-members if a member is present), and we usually hang out there on weekends and at night almost every weekday. Everyone is welcome to join us.

Note: "fundos" means backyard. There is a door labeled 567, but that's our neighbor. We are at "567 FUNDOS". Look for the big umbrella painted on the wall and follow the looooooooooong aisle.

We are currently running these (almost) regular events:

3rd Tuesday, 7:30pm BRT - Council Meeting members discuss finances, projects and events. Anybody can participate, but only members can vote.